Music is as much a part of my life as design is. Although I don't play an instrument (not that I've never wanted to learn, I've had my share of piano lessons), I have a great respect for musicians and their compositions. And I'm a lover of all types of music...being with a musician for more than ten years now really opened the doors to a great array of genres. 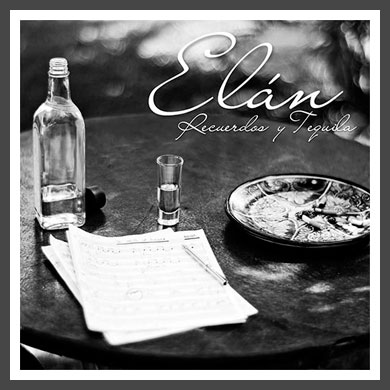 Just yesterday I came upon a very eclectic album by someone I wasn't familiar with at all, a singer/songwriter named Elan from Guadalajara, Mexico. As I work from my desk on various projects I like keeping the t.v. on with minimal sound, and as I quickly glanced from the corner of my eye I was taken in by a very short haired Elan on the screen. She just seemed humble and authentic.


In doing more research on this blond Tapatia, I came to find out this is her first Spanish-language album, albeit, not her first record. Take a listen in the sample above, where she's chosen songs from re-known Latin American songwriters, with music ranging from authentic and popular Mexican Ranchero music, to other Pop Favorites. Thus the title, Recuerdos y Tequila (Memories & Tequila), I suppose. It seems like she just recorded the music she loves and that makes the album a unique amalgamation of sounds; her piano playing, raspy, blue-sy voice, and the melodies of such a unique choice of songs. 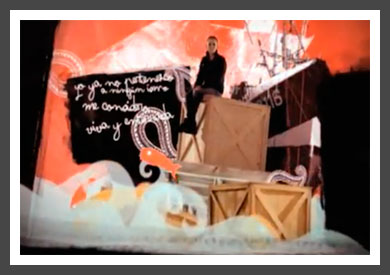 This is the video to her first single off the album (which unfortunately I can't embed, urgh), but take a look at it by clicking on the image above. It has a very creative use of colors, shapes, and design layouts with a collage-like feel all around. I love the wallpaper-like motifs you'll see around minute 3:38. Another cool thing found in the video, for those of us who'll recognize, is the cameos of many Mexican and Latin American actors/personalities!