Many great things are coming to LizzyB Loves. A new site for the coming Spring (with a new sneak peek in a few weeks) and much more, but in the meantime, take a look at the cutest Squirrel Baby Shower Invitations I designed for my sister-in-law's Baby Shower. 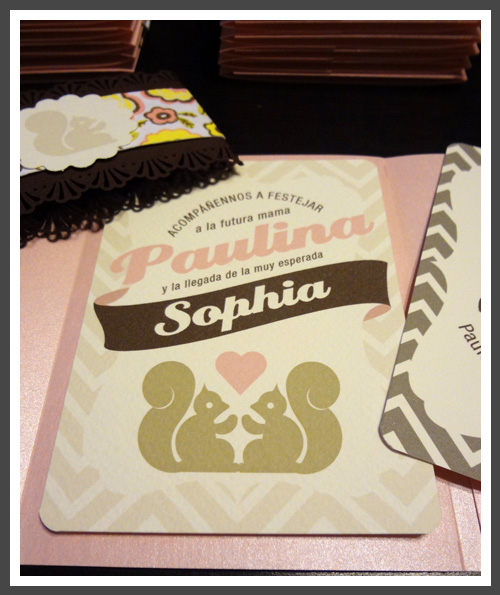 She is now considered the Snow White of the family with all the little critters that flock to her (amongst them dogs, squirrels, and butterflies), so I based the custom illustration on her current pet, Squeeky the squirrel. 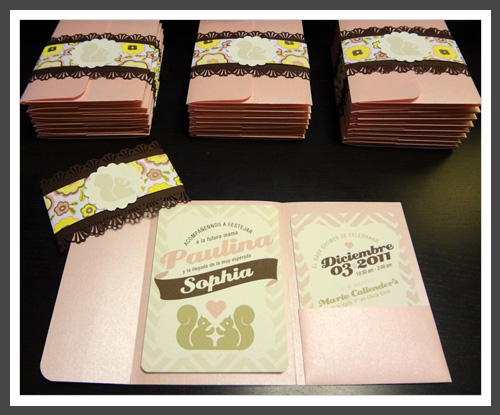 The color palette was a soft, rosy pink combined with a chocolate brown. I shared the visual + sparkle = inspiration with you here. 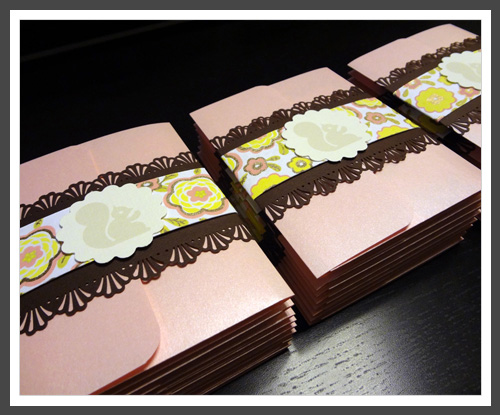 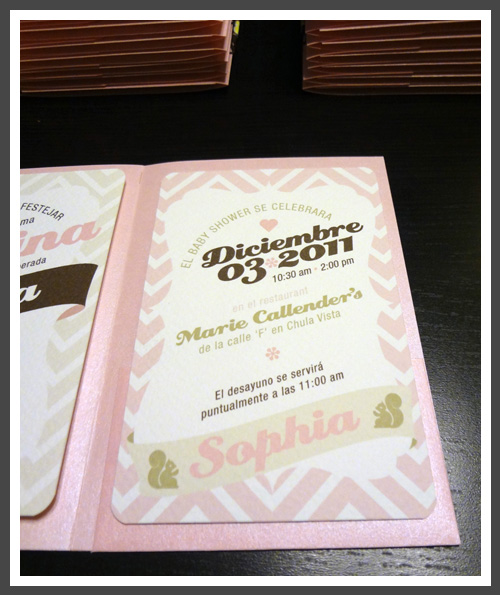 All the illustrations were brought in together with graphic elements of chevron patterns and crest shapes. 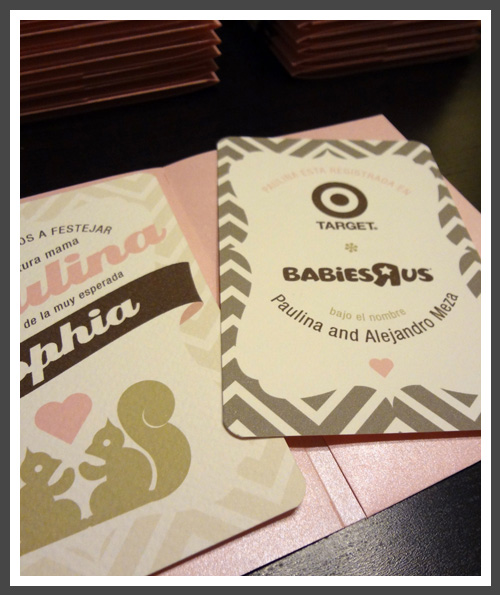 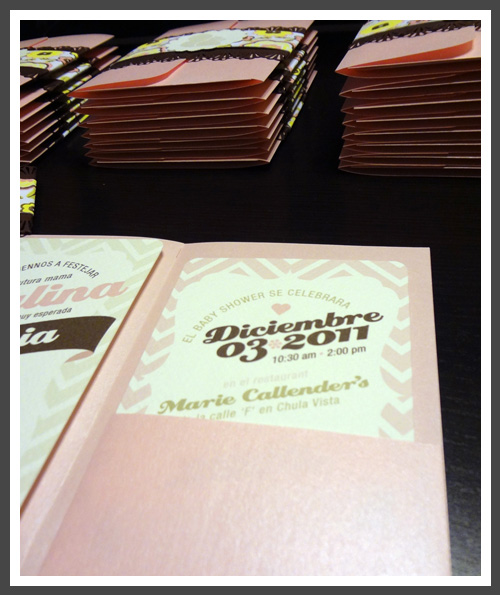 The invitation consisted of a metallic pink folder which held the invitation card on one side and double-sided registry card in the folder slot. 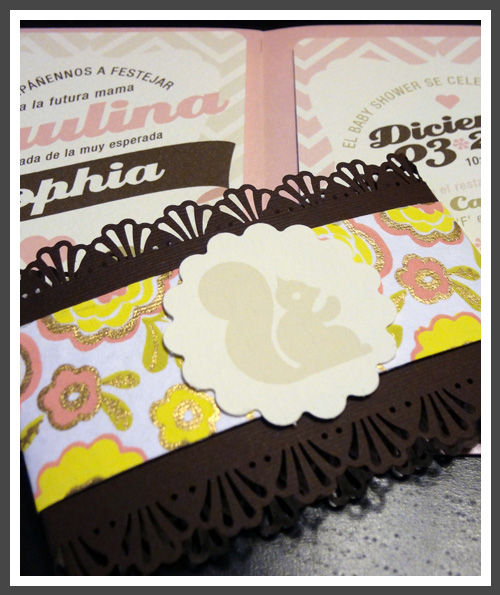 The Squirrel Baby Shower invitation was held together with a chocolate brown belly band to give contrast with the soft pink, combined with a floral patterned paper band to add a touch of brightness to the palette. And of course the squirrel motif could not be left out on the front as the first thing the guest saw as they received the invitation. 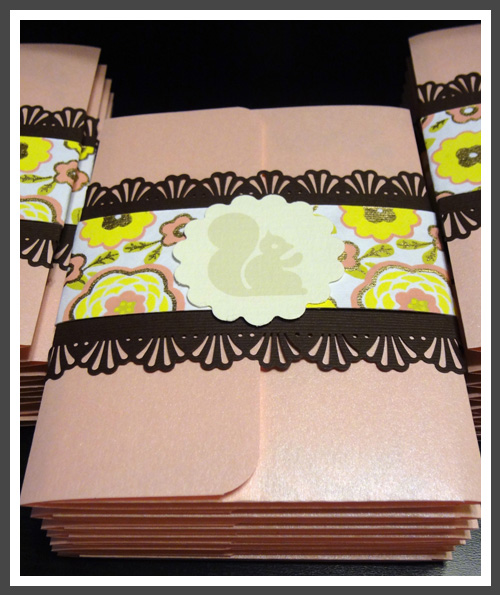 I'll share the decor pieces I created with the same chevron and squirrel theme in the coming days.